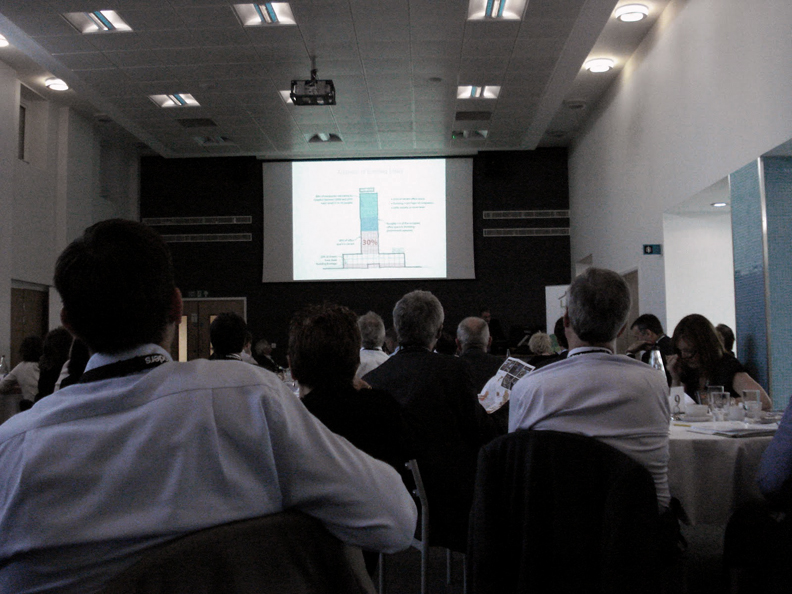 Charles Holland, a director of FAT and one of our collaborating partners, spoke about our collaborative work at the Live! Croydon housing seminar.  Spanning a packed morning, the event served as both a showcase for Croydon and an awareness raising exercise of the scope of the housing challenge in the borough over the next 20 years – delivering 20,000 new homes for a predicted 13% population increase.  The focus was on family homes, high densities and encouraging residential growth within the town’s metropolitan centre.

Given this focus on high density, centrally located residential development, the wealth of vacant and redundant 60’s and 70’s office tower blocks  has not been overlooked – conversion was the focus of a series of speakers presentations:  Charles Holland delivered a thoughtful presentation sketching the potential options for conversion, while the Bauhaus case study presented by Daren Nathan of Durkan demonstrated both the feasibility of conversion and its sound economic basis (£200/m2 less outturn cost versus similar new development).  Reiterating that conversion is defiantly something Durkan would consider doing again, Daren noted a number of successful features of the project:

And also some valuable lessons: 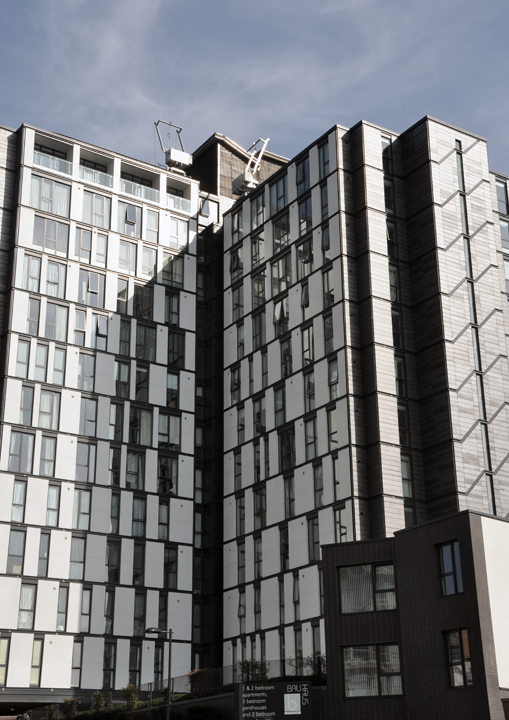 Vincent Lacovara from the council’s placemaking team rounded out the conversion session by highlighting Croydon’s willingness to accommodate refurbishment and retrofit of 1960s stock, including commercial to residential transformations, and a number of successful schemes elsewhere in the UK and abroad – e.g. urban splash’s developments, the rotunda with Glen Howells Architects and Park Hill with Studio Egret West.

Overall a thought provoking day for AF, developers and those in the public sector charged with steering the process. The next step for AF & FAT’s collaboration will be to look specifically at St George’s House (known as the Nestle Tower), a 1960s podium/ tower office block, which represents one of the 9 housing typologies laid out in the Croydon Housing Typologies document.  This is a very timely application with the Nestle organisation vacating the building in the near future.  In relationship to exploring possibilities for the Nestle building, we have started looking at the surrounding urban setting focused on George Street, branching off occasionally, highlighting opportunities with adjacent spaces, smaller vacant buildings and passage ways. 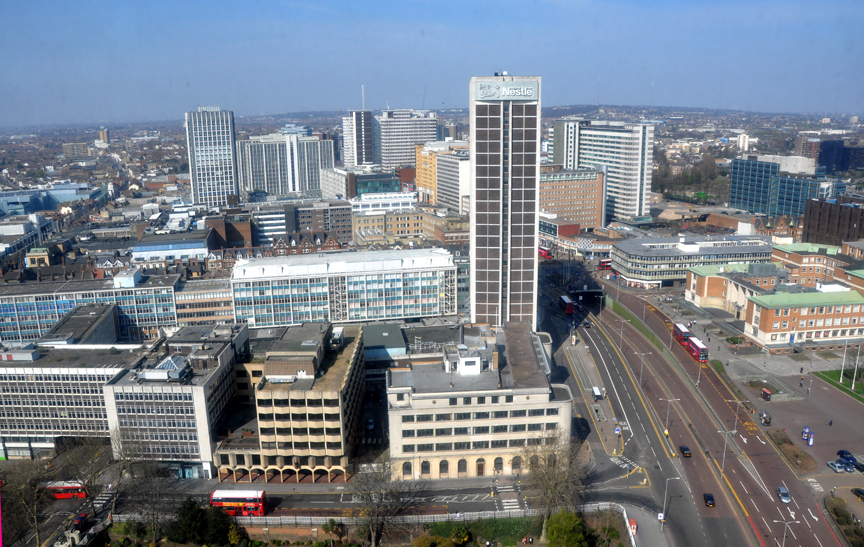