The Youth Arena is a sports facility built for the Olympics in 2016, in Rio de Janeiro. It was constructed to host specific sports modalities as women’s basketball, fencing pentathlon, and Paralympic fencing, during the event, and to adapt for the post-Olympic occupancies, as a training area for different activities and possible events involving the community.
The project has two different stages: one planned for the event, and another for the use after the Olympics as a legacy for the city in a broader spectrum considering future uses. One of the strategies was maximizing the building use, locating temporary spaces on the outside which were only necessary during the event. The creation of these dismantlable tents aimed to reduce the constructed area of the Arena, consequently diminishing the building size according to the intended legacy. These strategies designed to achieve a level of adaptability also contributed to the project’s sustainability. 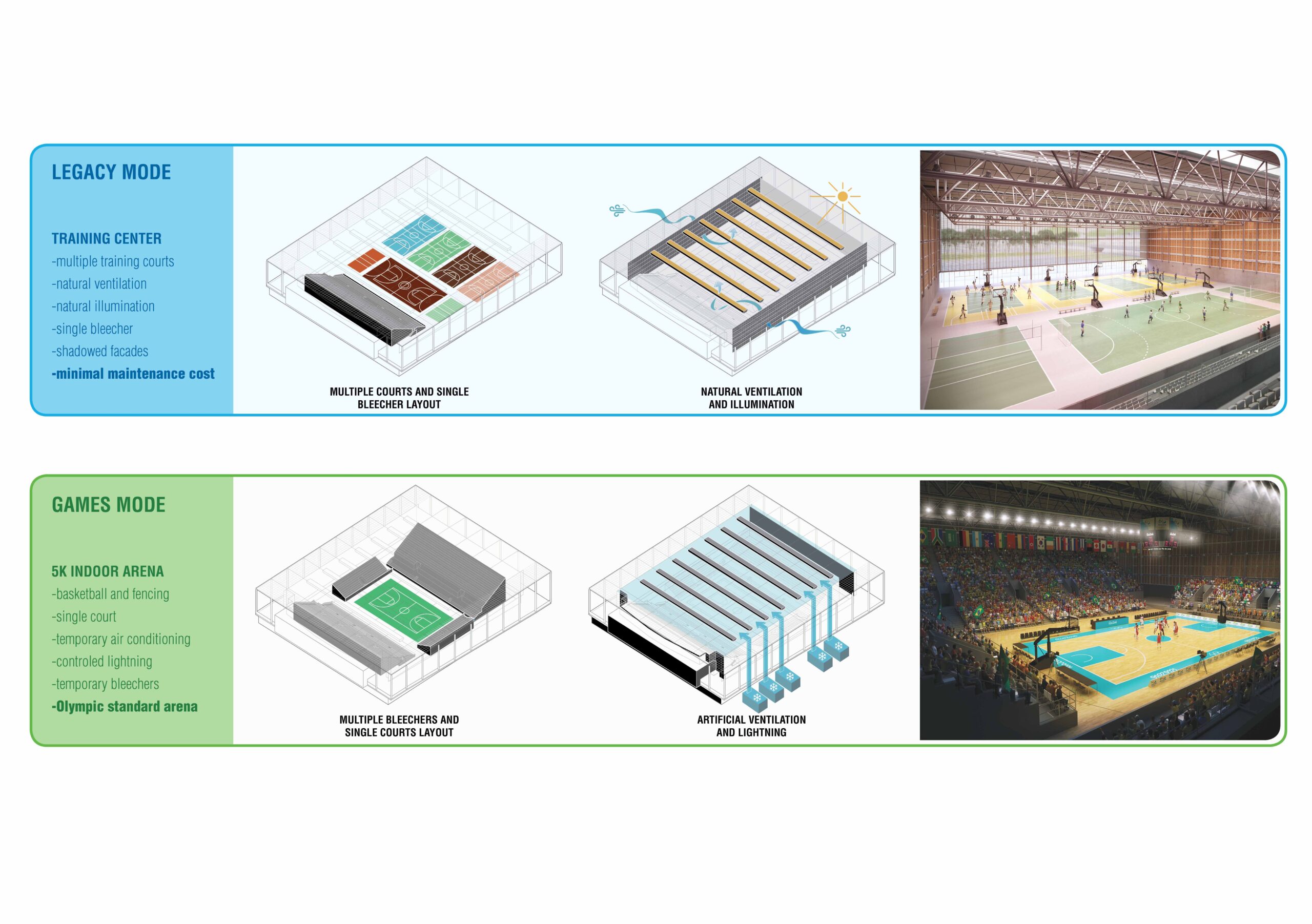 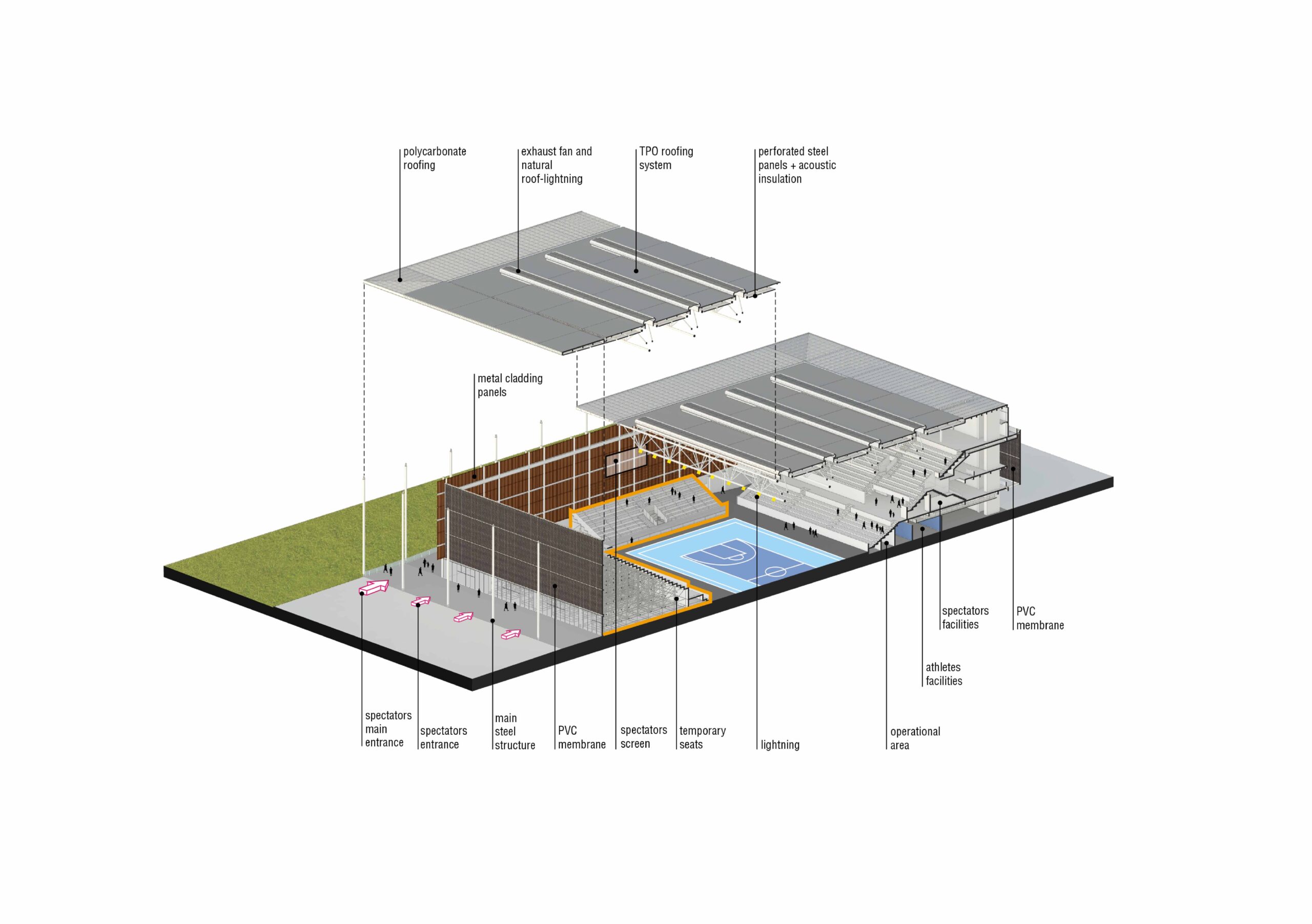 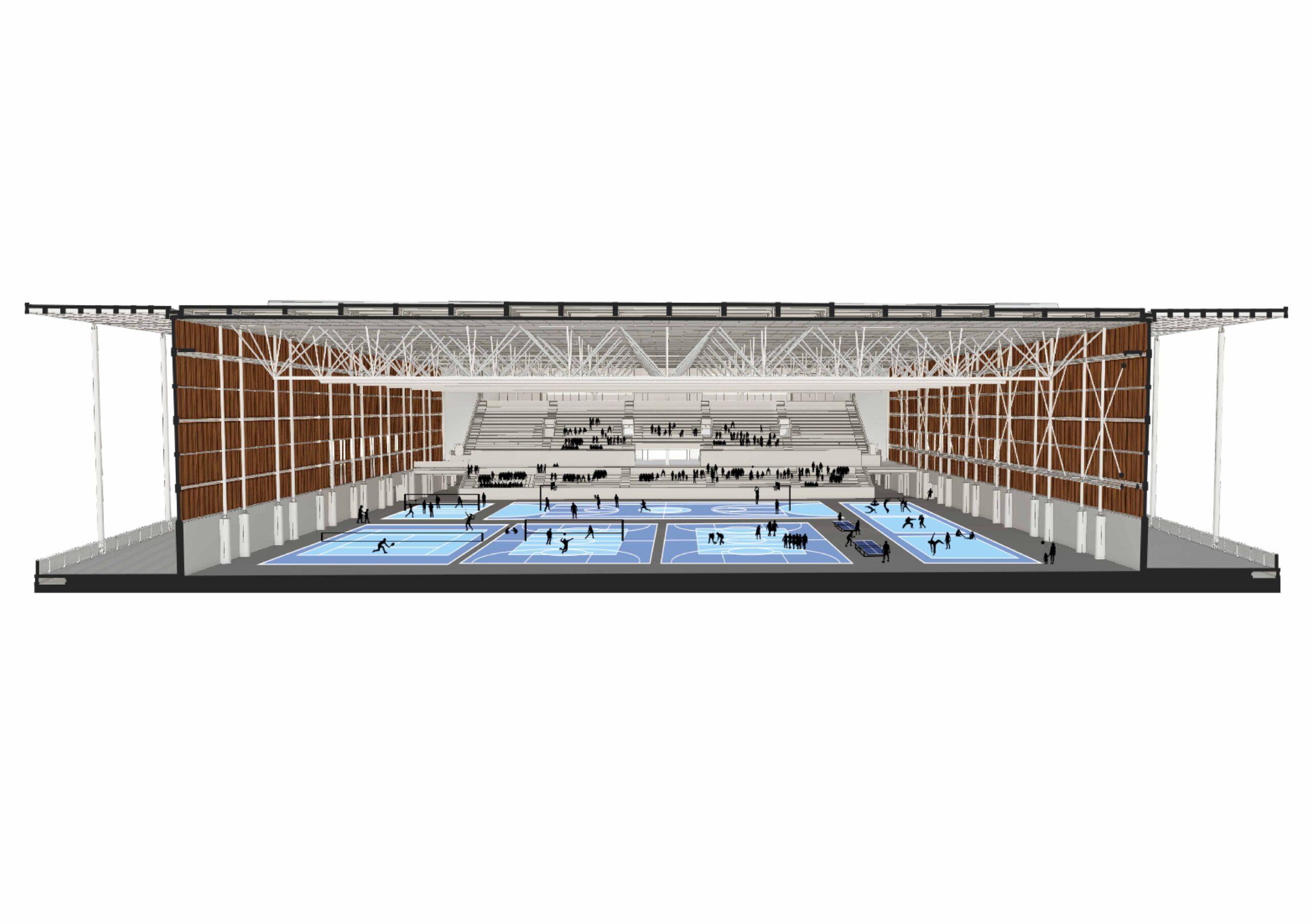 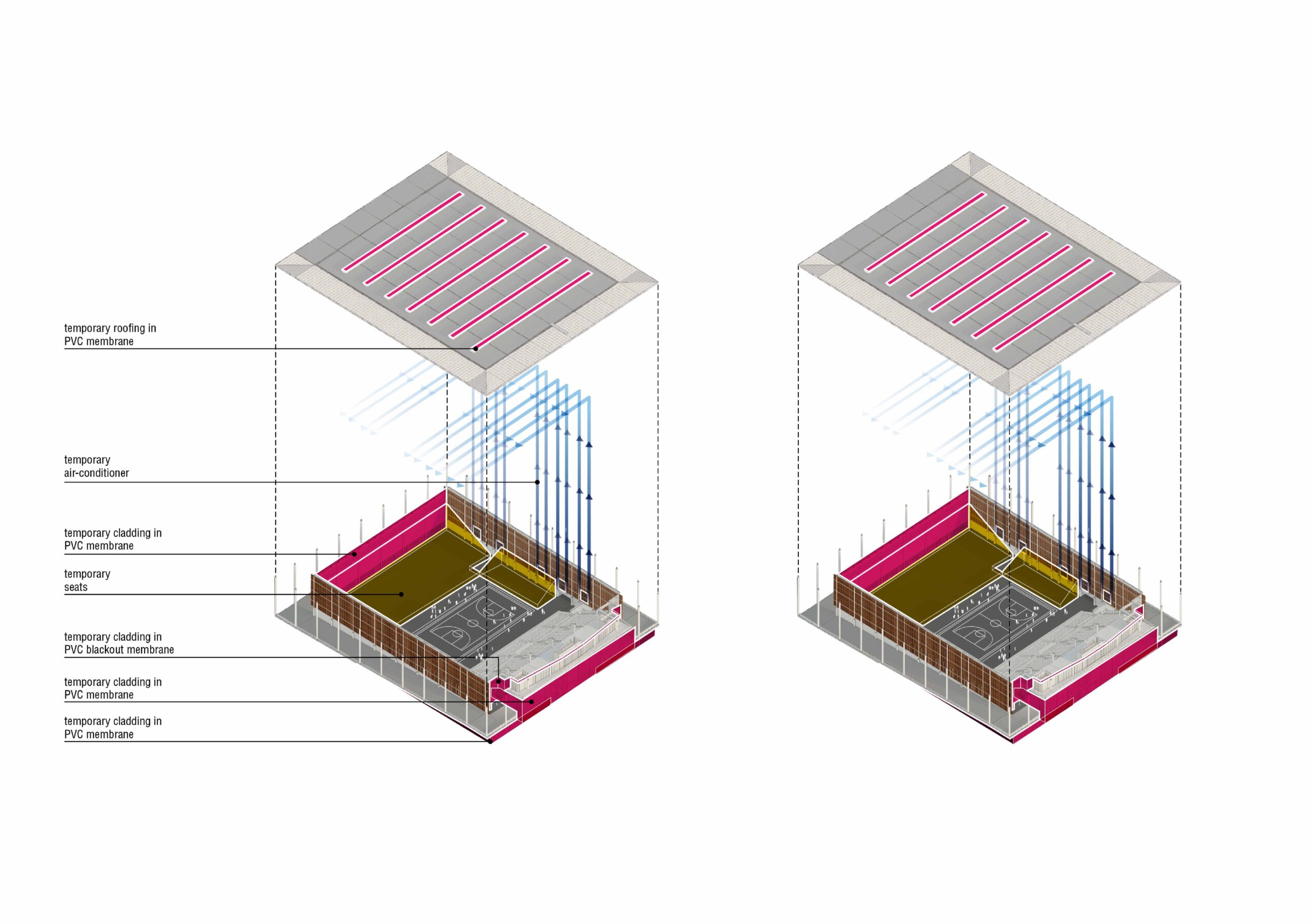