The SEBRAE Sustainability Center (CSS) is located in Cuiabá, midwest region in Brazil and completed in 2010. The building was built at the Political and Administrative Center (CPA) of the State Government, a region mostly constituted of institutional buildings and awarded with excellence in the BREEAM In-Use certification.

The narrative towards the CSS design is also the highlight of the project: it was inspired by the brazilian indigenous hut shape which conferred an unique image and spatial quality to the building according to its surroundings. It was based by sensitive studies made by the architect, since his master including his doctorate, which originated a book entitled ‘Indigenous technology in Mato Grosso: Housing’.

The architect incorporated what he named ‘indigenous technology’. His studies and visits to indigenous villages allowed his distinctive observations of the habitants’ vernacular techniques. The habitations are configured in a simple form and a simple plan with a generosity of amplitude, an open space, with no furniture and no internal walls. The open space strategy was implemented as the main building characteristic in adaptability to incorporate the client demands seeking to receive small and micro-entrepreneurs.

As a sustainable center, sustainability was one of the main concerns on the design and construction of the CSS starting with the building orientation. Sustainable solutions included climate control and energy efficiency. It was also a challenge as the design of the new building should incorporate a technique to translate the layered-straw coverage of the indigenous residences into a concrete structure. It resulted in a two roof shells separated 40 centimeters in which the air circulates, also ensuring the reduction of internal temperature as the lower shell is always cooler, and where the pluvial water is collected too. Besides that, the existence of brise-soleils marks the CSS façade,which can be handedly changed to control illumination and ventilation and permits a distinct experience between the interior and exterior, where almost all of the original vegetation was maintained.

Images courtesy by the architect and Carlos Blau. 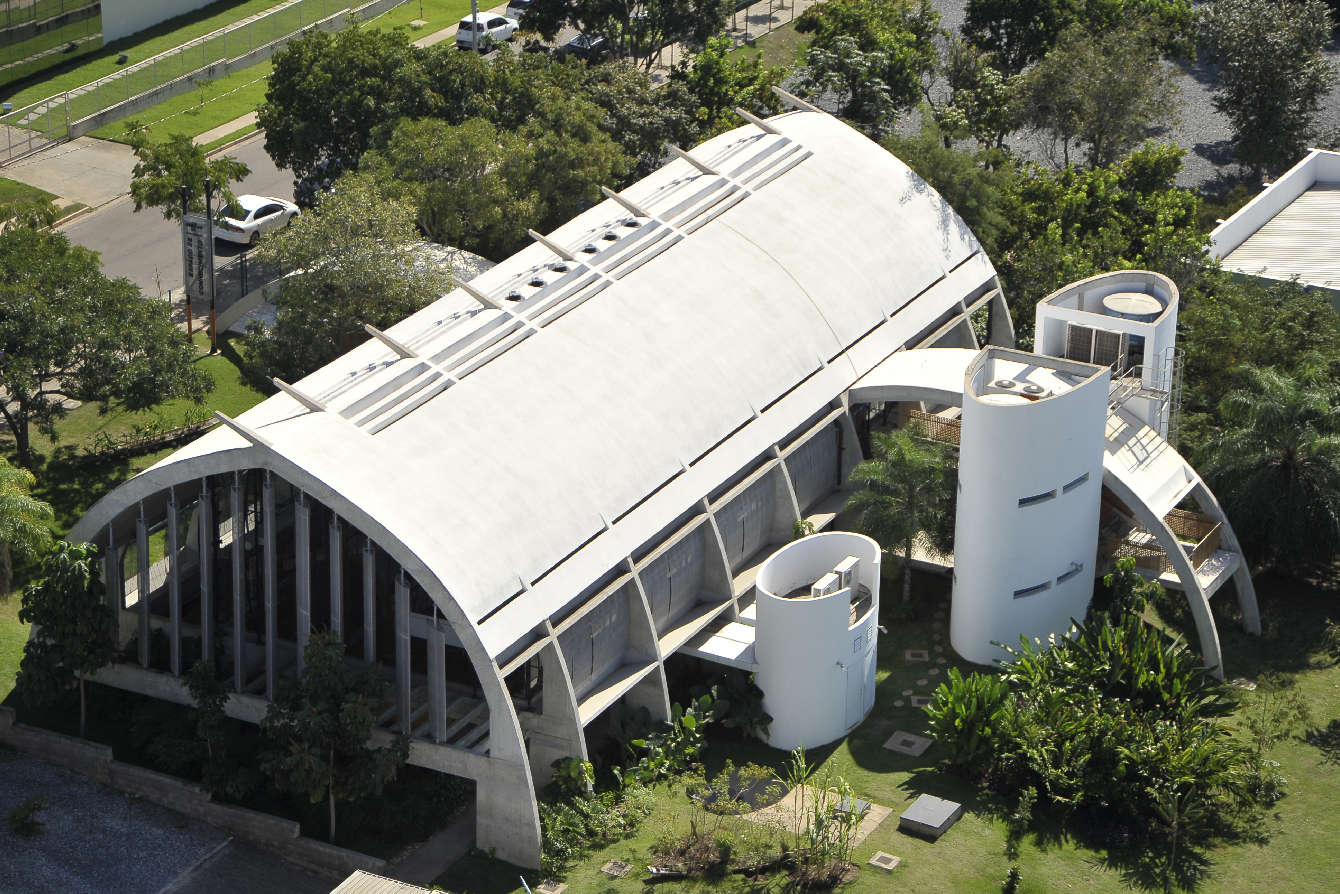 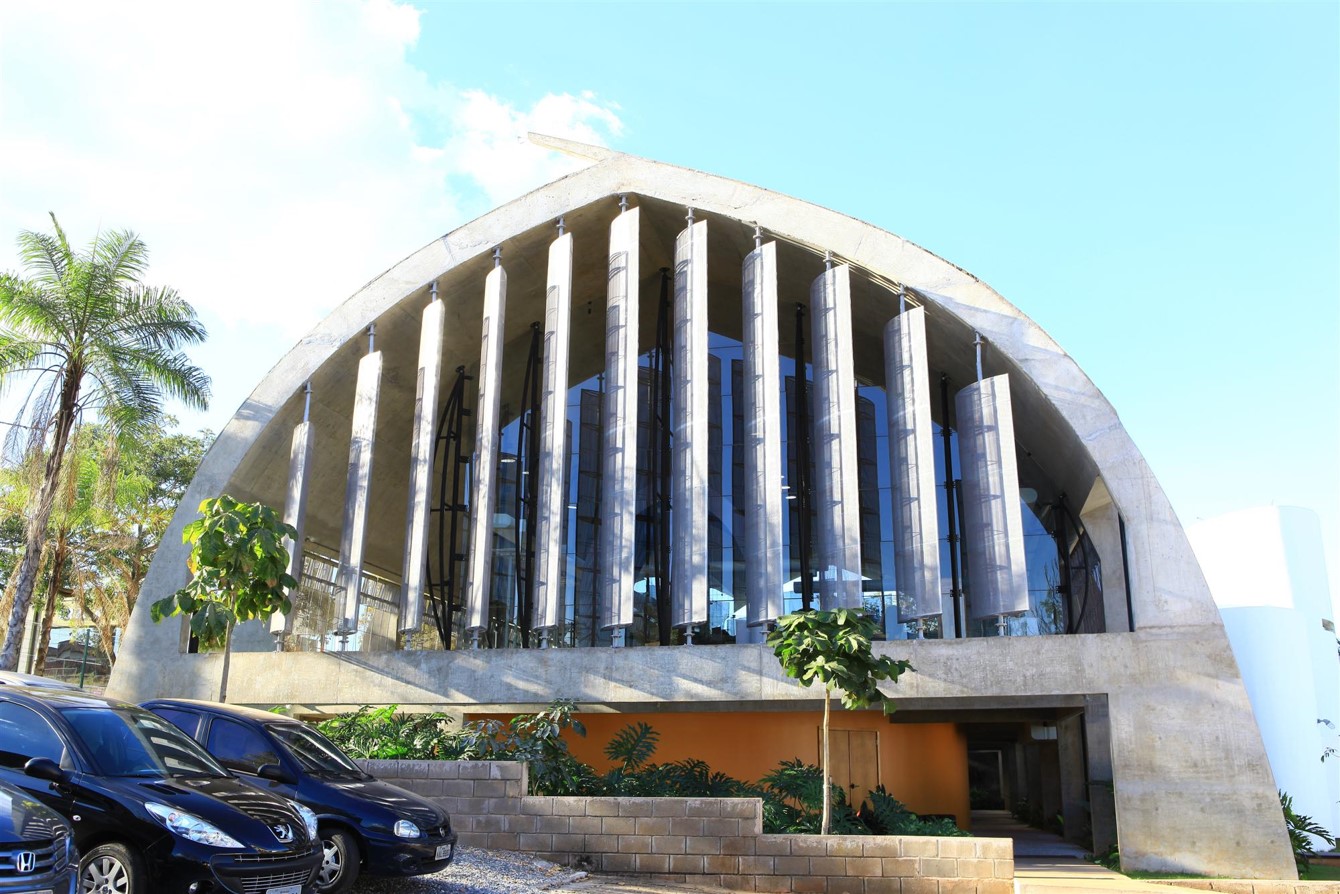 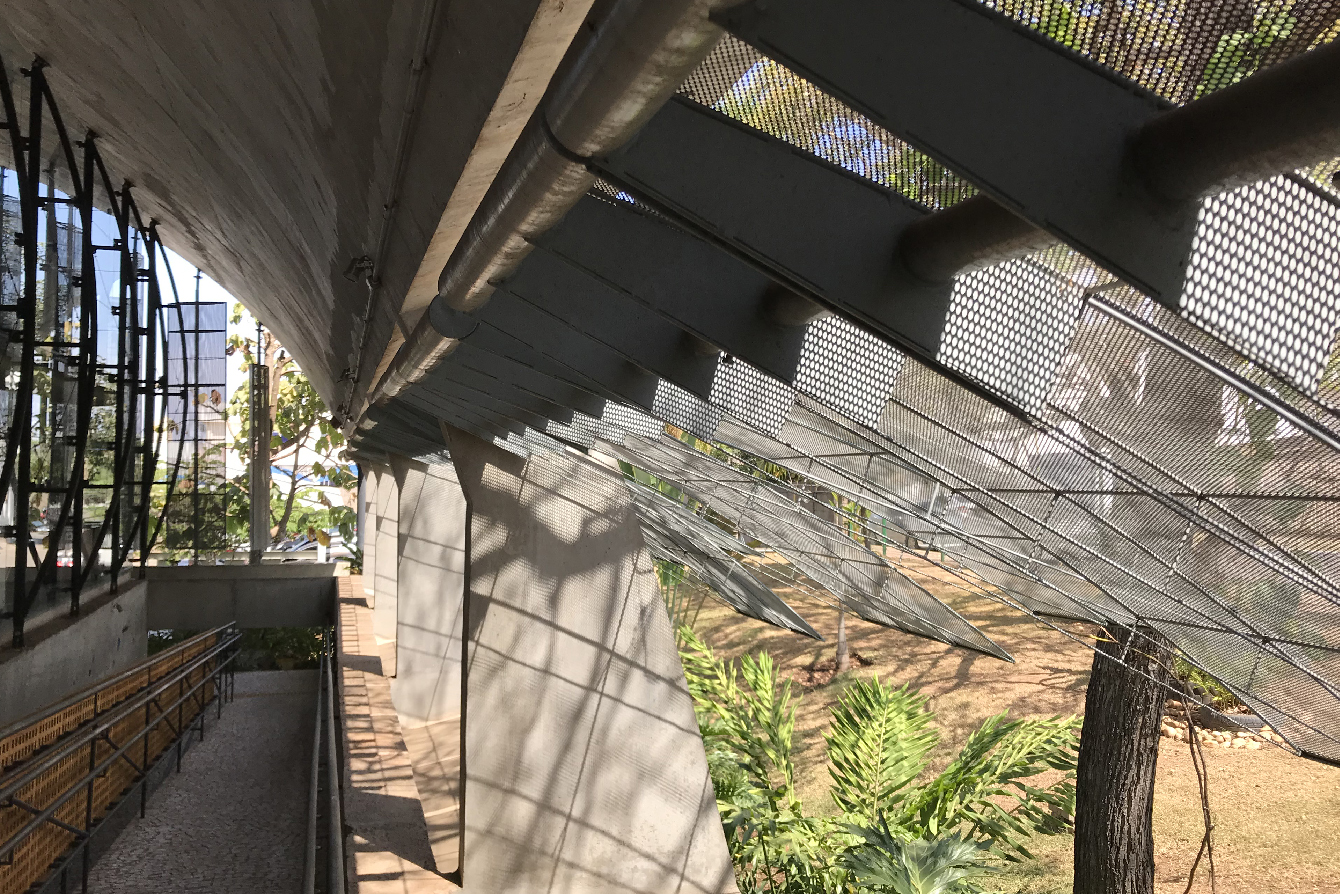 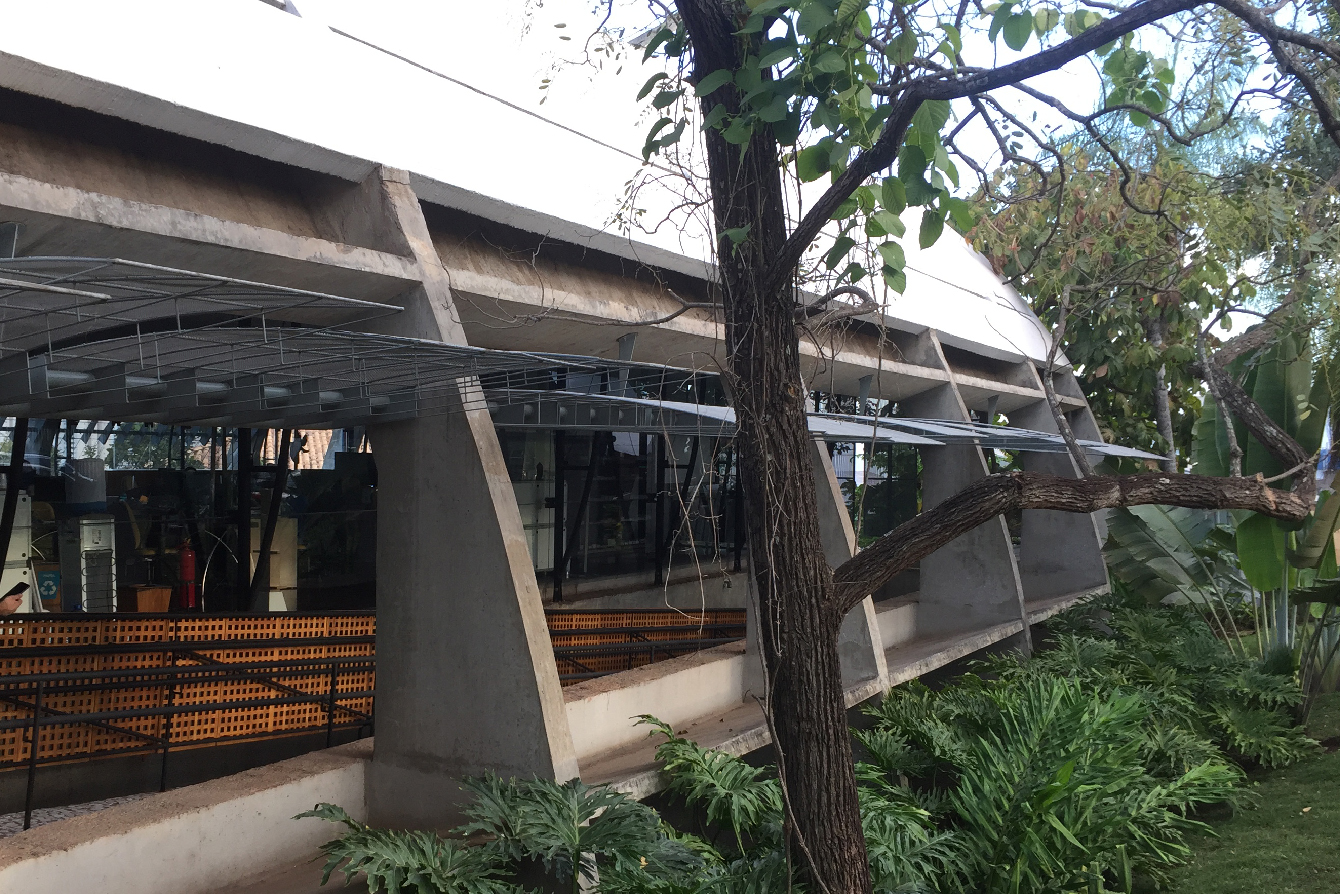 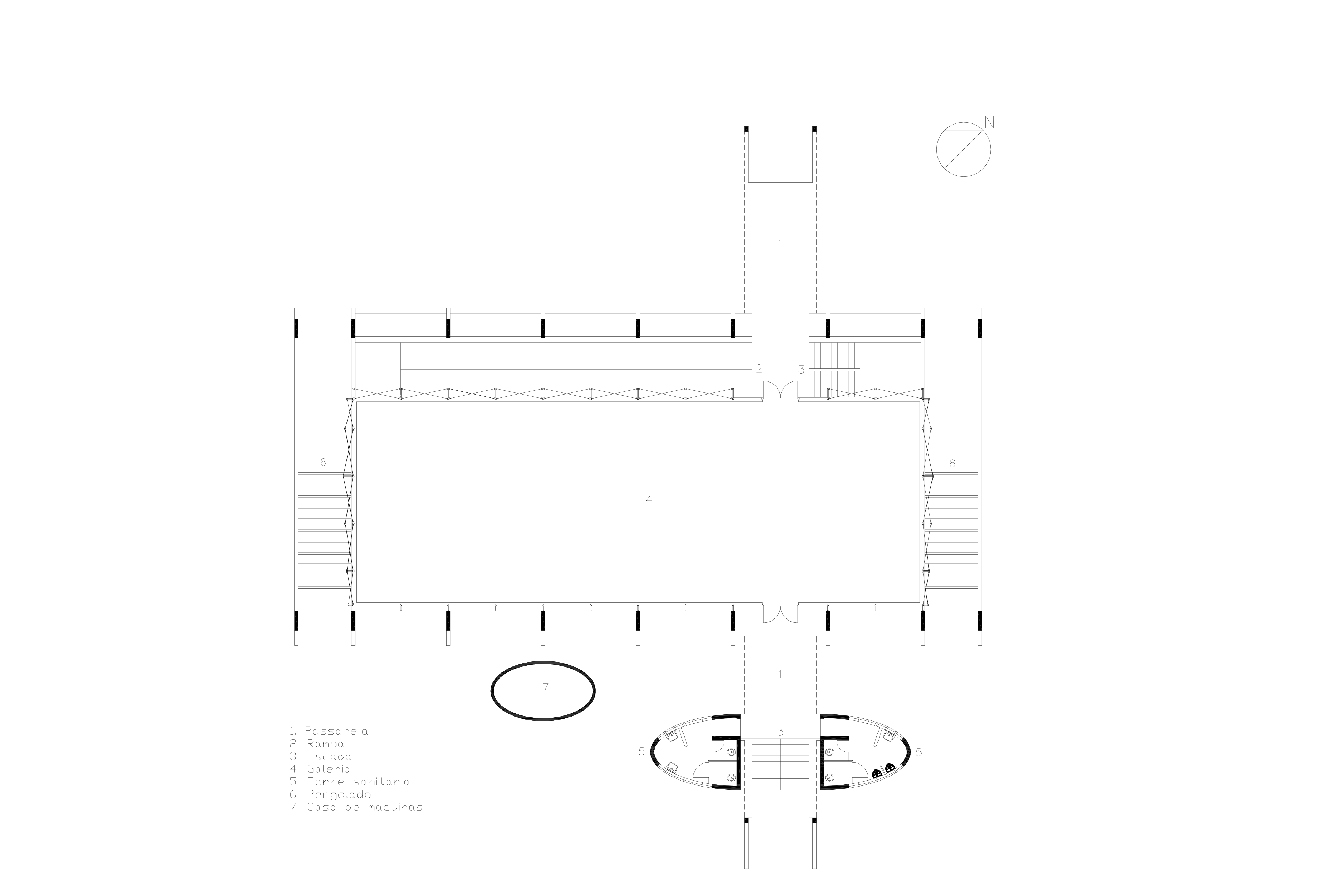 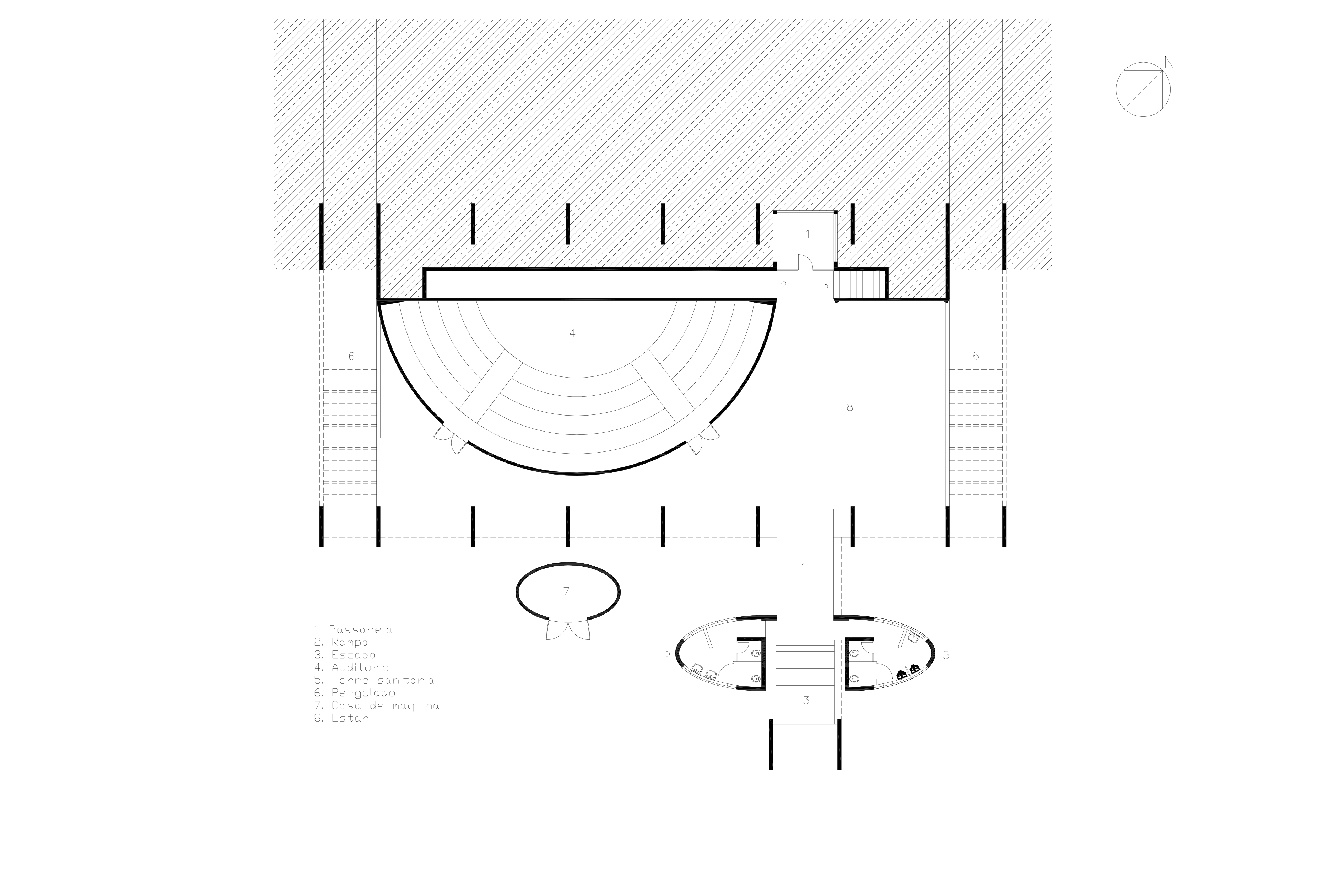